For the photo students, Day 2 started off at the International Center of Photography. There were four exhibits in the museum at the time, the most interesting of which was a collection of Henri Cartier Bresson’s work from 1932-1946. As I’ve stated before, I don’t have much formal training in the field of photography, but I did take one history of photography class and Bresson was a major part of that class. Seeing his work up close definitely gave me a greater respect (not that I didn’t already) for his work, and I found some new favorites.

It also reminded me of something that occured within the flickr community some time ago. Someone decided to upload a Cartier Bresson photo, without attributing the photo to any photographer, to a group called deleteme, where users would critique photos and then vote if they should be saved in the group pool or deleted from it. If you are interested in reading the varying comments and critiques one gives to a photo by Cartier Bresson click the following photo. 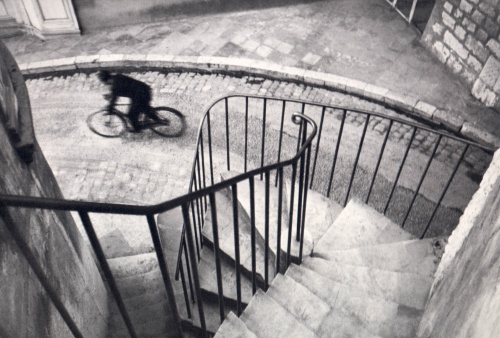 The talk later that day at Rolling Stone / Men’s Journal seemed geared more towards print and magazine writers than photographers. One of the things that stood out, that would become a recurring theme in our visits to other media organizations, was that the editors and staff we met were young. Of the three we talked to, one from Men’s Journal and two from Rolling Stone, two of them had moved to New York City, without really knowing what they were going to do once they got there or having any contacts. They just knew that, if they wanted to work in magazines, they had to move to New York. 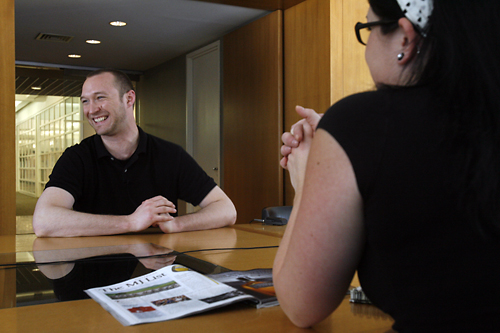 Before we left we were able to meet with one of the photoshop/layout people at US Weekly. He showed the group some of the retouching that goes on for most every photo that he deals with in the magazine. We looked at some startling before and after pictures and he told us that he couldn’t think of any celebrity that refuses retouching, though Kate Winslet comes to mind.