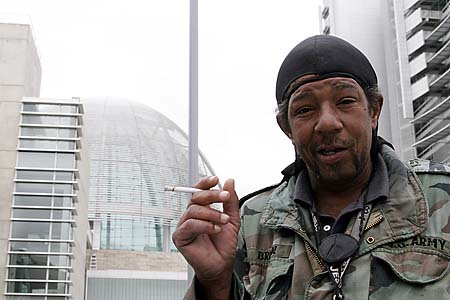 In the latest update from the US Census Bureau, San Jose, CA recently surpassed Detroit as the nation’s 10th largest city, third in California behind Los Angeles and San Diego. Perhaps in trying to reflect this big city image, the new City Hall was recently completed and opened up for media tours (the grand opening is Saturday, October 15, 2005). What some now call the “Taj Gonzales,” after San Jose Mayor Ron Gonzales, with its R2D2 shaped rotunda, is truly a sight to be seen. But was the $382 million price tag worth it?

According to an article in the September 18, 2005 edition of SJSU’s Spartan Daily, the new city hall was “built with public use in mind.” This public use includes a banquet facility on the top floor of the Fourth Street garage, conference rooms available for rent, and “the controversial Rotunda, which is available for anything from weddings to Christmas parties to corporate functions.”

This seems to contrast sharply with a previous article on Sunday, September 11, 2005, which featured a convention for the homeless to help assist them in airing their grievances and getting off the street. Ironically, the convention was held at the First Christian Church on South Fifth Street, in the shadow of the new City Hall. While I do not doubt that having the new City Hall will help to centralize and speed up city government (previously offices for different aspects of government were leased in various buildings across town), I cannot bring myself to agree with a $382 million wedding chapel. This is especially true when there are 7,600 documented people such as Dave Lima, pictured above with the rotunda in the background, living life homeless in Santa Clara County.

A difficult problem in every major city, I would hope that San Jose officials make efforts to address the concerns of the homeless and aid them in becoming financially stable taxpayers, as most once were. The new City Hall can then be the beacon for a shining city that it was meant to be, and not simply a glaring medallion meant to blind you from the city’s surrounding problems.