Though I grew up in Los Angeles, I never really explored it.  Sure I went up and down the beach and hiked through the Santa Monica Mountains, but I can count on one hand the number of times that I explored Los Angeles east of Koreatown (aside from Dodger games and interning at the Rafu Shimpo).  Now that I am back, I have been making a point of exploring more of the city I call home.

One of my latest excursions was to the Linda Vista Hospital in Boyle Heights.  Why visit a hospital you ask?  Because it is abandoned of course. 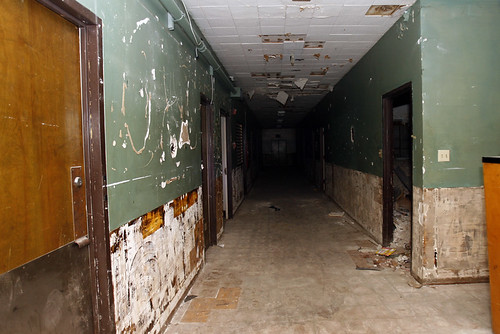 The hospital was closed in 1990, but is used as a filming location. In fact, when I went they were filming a show called Castle (which meant that security guards were very much present and all of the floors were closed to the public). I did manage to wander around the first floor a bit and take some photos. There are stories of the hospital being haunted, and there is a definite eeriness to wandering around in the dark with only a headlamp on my head through crumbling rooms and graffiti-filled walls. You can read more about the hospital on the mental floss blog. There is even a yelp page for it! I will likely be going back, in daylight, to grab some better photos and explore more than just the first floor. 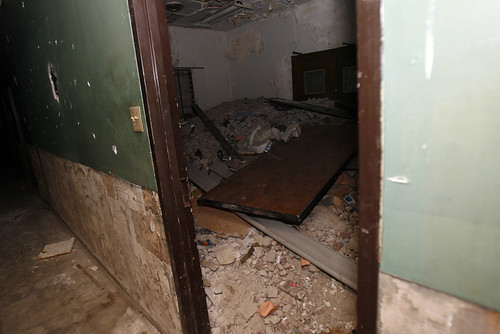 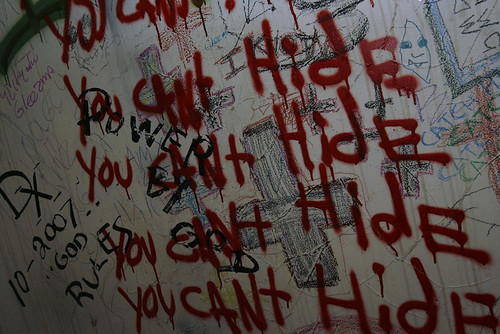 Likely from other people who found their way in to the hospital. Still, not the most welcoming message to shine a headlamp upon.  There was also what appeared to be a dead salamander in a jar. 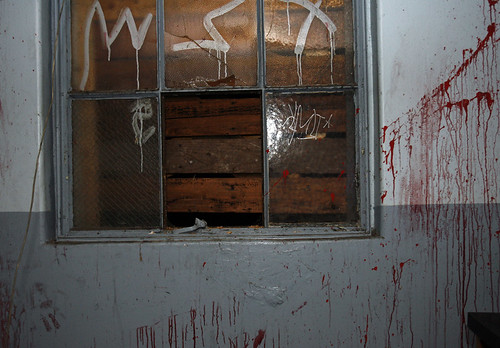 Another great sight to come upon. The blood was fake, and all over the floor as well. Why it was there, I do not know.