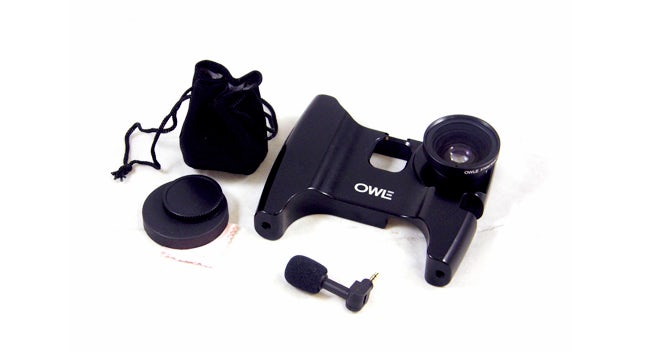 It has been about a month since we were given the iPhone 4S here at The News Journal. In that time, we have launched a new digital subscription model and Gannett offered buyouts to some of our senior staffers. I thought I would take a look at the good, the bad and the ugly of how our smartphones are being utilized by reporters and photographers.

It has been the reporters that have been the most enthusiastic to jump on the iPhone bandwagon. Reporters have been sending in images from events where we don’t have a photographer and from breaking news. In some cases, even when with a photographer, a reporter will send in an image from a breaking news event and have it up online long before anything is transmitted by the photographer. Reporters have also not been shy about shooting video. Embedded below is a video shot by Chad Livengood, who has since moved back home to work at the Detroit News, for a story on medical marijuana use in Delaware. While there definitely could have been more b-roll, I think it looks pretty damn good. Having Chad shoot the video on his iPhone also freed up the photographer to do what she does best, take pictures.

Aside from it’s obvious use as a visual tool (I have about 10 different photo/video apps), I have used it to keep track of my assignments by VPN’ing into our server and have synced my Entourage calender with the calendar in my phone. I also ditched my Tom Tom GPS for the free turn-by-turn navigation app Waze, and linked my Google Reader account to Feeddler RSS to keep up on any news when I have time between assignments.

The most glaring shortcoming of the iPhone has been data transfer speeds. Before the phones arrived, editors salivated over the prospect of shooting and transmitting video from the field. A handful of OWLE rigs were purchased with this in mind. When we started testing the phones, any dream of HD video from the field was quickly dashed. Even when uploading at lower resolutions, files stalled or crept along at a snail’s pace. Granted, our office can be somewhat of a black hole when it comes to Sprint reception, but rare is the case when we are working in ideal conditions. Similar problems have been discussed on SportsShooter, and several workarounds were tried (tethering via USB or transferring files directly to the iPhone and FTP’ing from it) with mixed results.

When I was down in North Carolina on a recent assignment, I found myself in a similar situation. For some reason, my personal hotspot option was not available (it has come and gone a few times now, currently it is back), and so I transferred my photos directly to my iPhone through the sync option in iTunes. I then attempted to transfer my files via FTP, first through PhotoSync and then through Transfer Big Files, but both times the images that ended up in our photo server were very pixelated. It was as if iPhone specific versions were transferred onto the phone as opposed to full-resolution images, which very well may be the case. I also tried to sync the photos with PhotoSync through the File Sharing section of the Apps tab in iTunes, but the photos never appeared in any library that I could find.

As with any new skill, it takes practice to gain a certain level of technical ability. So of course, I can’t hate on any reporters who are motivated enough to use their iPhone to take pictures. Far from it, I love it when they do so! I do wonder, though, when I see an image like this as the main image with a link to a gallery filled with images of similar quality. But perhaps that’s just a sign of the times…

One thought on “Revisiting the iPhone a month in”