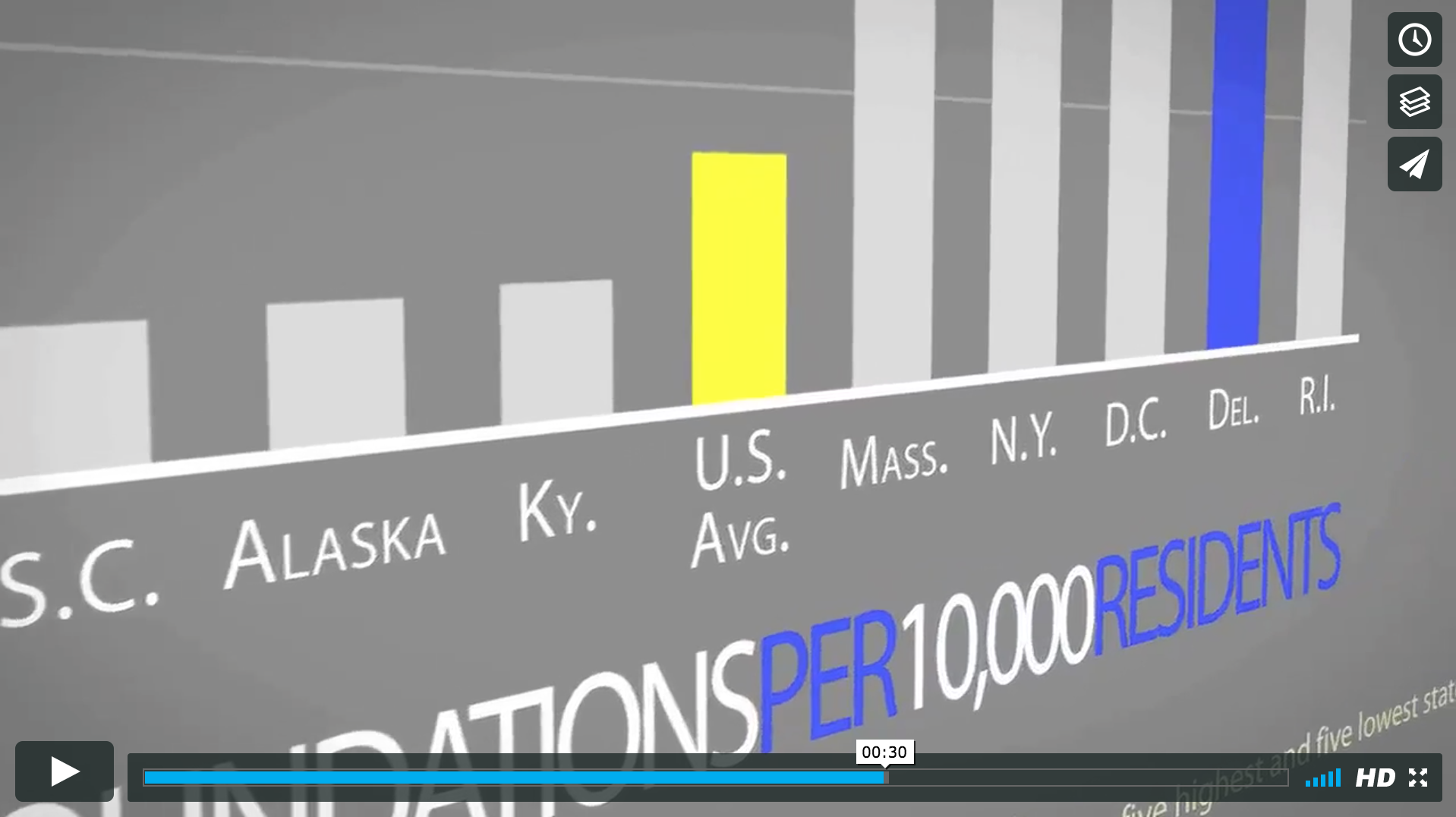 It can be easy to get stuck in a rut creatively. As a videographer/photographer, I know what my editors like, and shooting to their tastes can ultimately save me time. However, doing so means that I am not challenging myself and making sure that I am growing as a journalist and artist. More than anything, #turbovideo training was a much needed wake-up call to challenge myself and see what new skills I can learn and how to apply those skills to my work.

One such challenge was to work harder to find graphically interesting ways to present non-visual stories in video. While it is nice to think that video is only done when the subject matter is appropriate, more often than not, video is becoming an expected part of many stories. This is especially true of Sunday packages and any series. How then, can we create video that remains visually engaging when all that we have are talking head interviews? Turbovideo trainer Brian Kaufman addressed this by making printouts of photos and racking the focus on them in the studio. He would also take static objects, like stacks of paper, and move the camera around it.

Here at The News Journal, we have been playing around with digital solutions. The example below is from two videos. In the first, a follow-up to the New Castle Courthouse shooting, I used Google Earth for a fly-over to show where David Matusiewicz took his children when he kidnapped him, and then a waveform generated in After Effects to visualize the radio traffic on the day of the shooting. The examples from the second video include more After Effects work, mainly animated graphs and charts to visualize the number of foundations headquartered in Delaware.

One thought on “Adding graphics to non-visual stories”