The first day of my summer trip transpired without too many problems. This was the first time I had ever traveled outside of the United States and I quickly learned one thing: don’t choose a window seat on a 12 hour flight. I was only able to sleep for two hours, though that did allow me time to watch Big Momma’s House 2, Match Point, some movie about saving sled dogs in Antarctica that had the guy from American Pie (you know, the main guy), When a Stranger Calls, Jaws, an episode of Kim Possible, and read The Alchemist.

I landed in Japan at about 3am PST, 7pm in Osaka. Second guessing my plan to spend the night in the airport (my plane for Bangkok leaves at 1:05pm on the next day) I reserved a room at the Washington Hotel 15 minutes from the airport. I spent a good twenty minutes trying to call home. I will blame the fact that there were about four different sets of instructions for how to place a call based on the different phones, different phone cards and who knows what else (but I really know it was just because I am an idiot).

The hotel was very nice, and had free internet which I used to chat and skype. 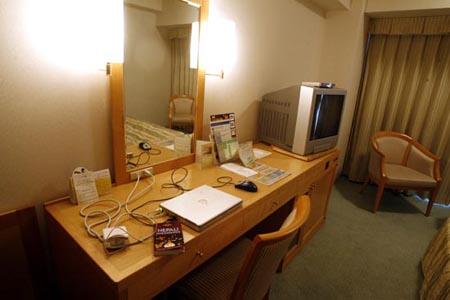 Did I mention the toilet had the spray/bidet feature? 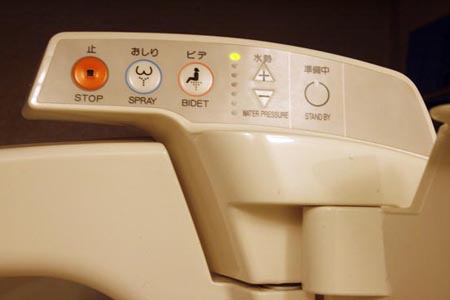 I am now sitting in the Kansai International Airport using their free wireless internet. Is there any better way to waste three hours than chatting and watching youtube?