I am now taking photos for an organization called Jagaran Forum Nepal (JAFON). JAFON is a non-profit organization started by Rewat Raj Timilsina to help deal with the problems that children living on the streets in Nepal face. We were put in contact with Rewat through Kishore, a photographer who worked with Rene at VOW and BOSS magazines. 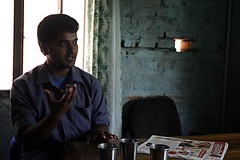 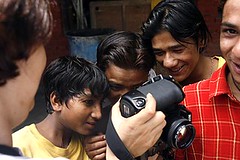 According to Rewat, who once lived on the streets himself, children and youth end up without a home for many reasons. There is a constant influx of citizens from the countryside to the capital of Kathmandu, and job growth is not keeping up with this population growth. Also, many children suffer from abuse at home and end up leaving to live on the streets.

Once there, children often turn to petty theft and drug use. JAFON attempts to curb these behaviors by refusing to purchase stolen goods for the garbage/recycling program that they run. The money that the children earn from collecting garbage can be used to purchase food from the center. The center does not provide food for free to its clients, as they would then be able to use the money earned to purchase drugs. JAFON also provides a place for the children to sleep, watch television during the day, and socialize. They are currently working to find vocational training for the older youth, and have three clients who are now working.

The one non-photo related project that I would like to accomplish, time permitting, is to restart a garden that the kids at the JAFON center tried to get going in a side yard next to the pile of collected garbage. 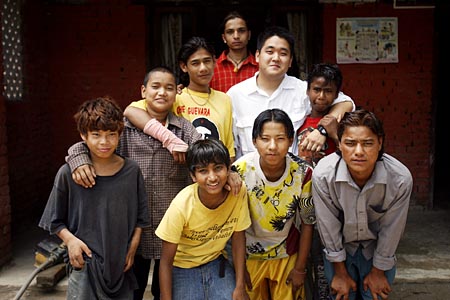 One thought on “A New Purpose in Nepal”