On June 20, 2006 I parted ways with the Internship Nepal program. Though I imagine working at the Nepali Times would have given me access to events that were more interesting than tea parties and fashion shows, such as what Rene experienced with VOW, I found it too difficult to remain in a program that was headed by someone who I had difficulty placing my trust in.

The day before, we had gone through Kathmandu, checking out various guest houses and flats for rent. In the end, it was between two hotels in Thamel, the Exelcior Hotel and Kathmandu Guest House, and a flat located next to the Prime Minister?s residence. Ultimately, we decided upon the Kathmandu Guest House, mainly because of its central location in Thamel and the services that were provided. Though the flat was very nice, it was a bit too far from the hustle and bustle and I would most certainly get lost traversing the small winding roads that lead up to it.

In cutting ties with Nardev Pandey, I had hoped to get my money back from paying for the program. After much negotiation, long moments of silence, and a few stare downs, I paid for a two week length stay (having been there for four days and with the website saying that you must pay a minimum of one month).

With that weight off of my shoulders, I was once again able to enjoy the city I was traveling in. Rene and I made our way back to Thamel and spent some time browsing through the myriad of stores that crowded the sides of the streets. Looking up into the sky, we could tell that it was about to start raining (it is monsoon season, though it had not rained once in the two weeks that Rene had in Kathmandu). I found it fitting that such a rejuvenating event occurred immediately after leaving Nardev?s house.

Never before have I enjoyed a hot shower and flush toilet as much as at the Kathmandu Guest House. 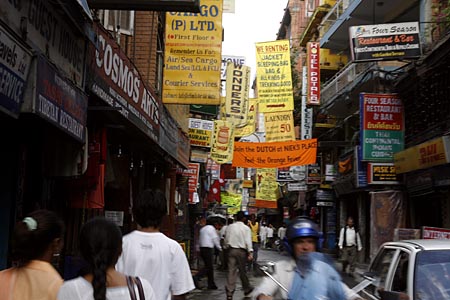 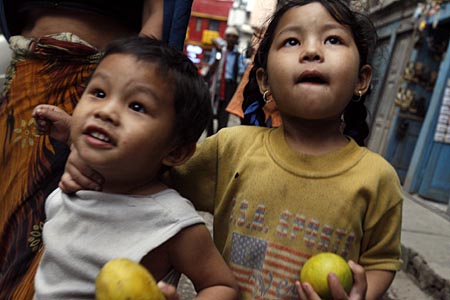 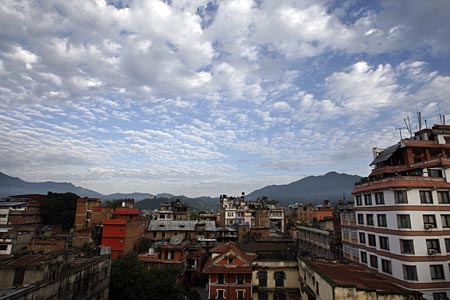