When you haven’t shot anything in about four months, it is nice to have an assignment that you are really excited about. Luckily for me, I had the opportunity to photograph the second round of the Pebble Beach Pro Am. 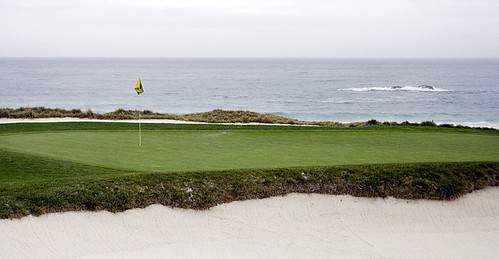 Being a college student not from a daily newspaper or photo agency, I was given an outside the ropes photo pass. This brought up some difficulties as I was always restricted in where I could photograph not only by the ropes, but also by the crowds of people who had the same goal that I did, getting the best view possible. 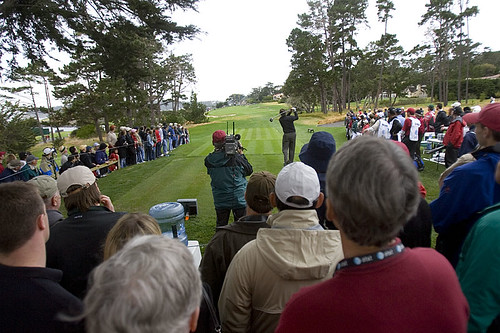 If I followed alongside a player and waited to see where his shot landed, I ran the risk of the green being already surrounded with me standing four back with a good view of some shoulders and probably a few umbrellas. If I ran ahead and found a good spot around the green, I had to wait and hope that a player’s shot would land in a place that made it possible to photograph their next shot. Both options proved somewhat frustrating. 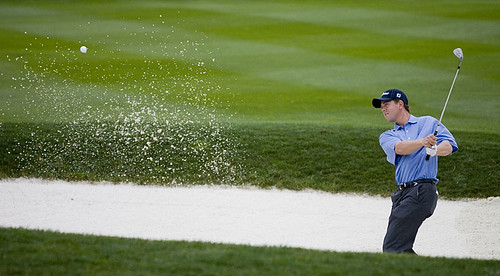 All in all though, it felt great to go and and shoot again, especially at a course as beautiful as Pebble Beach. The remaining photos from the day can be seen on my flickr account.

One thought on “Back in the swing of things”